Winning the 15th Congressional District election to serve in the U.S. House of Representatives is Kevin Mullin (MPA, ’98). Mullin will represent the Peninsula and parts of San Francisco in the seat previously held by Democrat Jackie Speier. Mullin previously served in California’s Assembly as Assembly speaker pro tempore and on the City Council for South San Francisco.

April Chan (MPA, ’95) will represent Ward 7 on the Board of East Bay Municipal Utility District. Chan chairs the Fairview Municipal Advisory Council and previously served on Alameda County Fire Advisory Commission. After her MPA degree, she built a career in public finance and transit.

Shamann Walton (MPA, ’10) was just re-elected to the San Francisco Board of Supervisors. He currently serves as the board president, representing District 10. He is the former executive director of Young Community Developers.

Other MPA alums have also served as elected officials. John Baker (MPA, ’12) is currently president of the South San Francisco Unified School District. Baker first served on the board in 2016 and has been re-elected ever since. Juslyn Manalo  (MPA, ’14) is a member of the City Council for Daly City and has also served as mayor. Alex Randolph (MPA, ’12) was a member of the City College of San Francisco Board of Trustees from 2015 to 2020 and has since worked in government affairs for Uber and currently at The Gap. 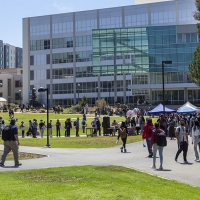 Students: Advisors can help you find your path to success 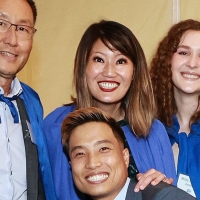 The College Office is open and available on remote operations Mon.-Fri. 9 a.m.-5 p.m.
Contact us by emailing Corinne Chen at chenc@sfsu.edu or Cristina Alcantara at cba@sfsu.edu.